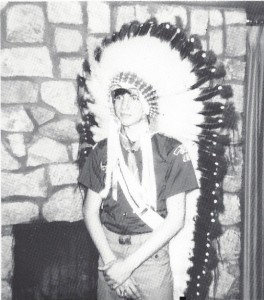 When I arrived at Good Shepherd Lutheran Church on the first Monday night in 1969 to become the new Scoutmaster for Troop 26, Bill Kirwin was one of the young men present that night. He became an Eagle Scout and was also my Senior Patrol Leader in 1970. This is a photo of Bill in 1972 when he became the Lodge Chief of the Ta Tsu Hwa Lodge of the Order of the Arrow.