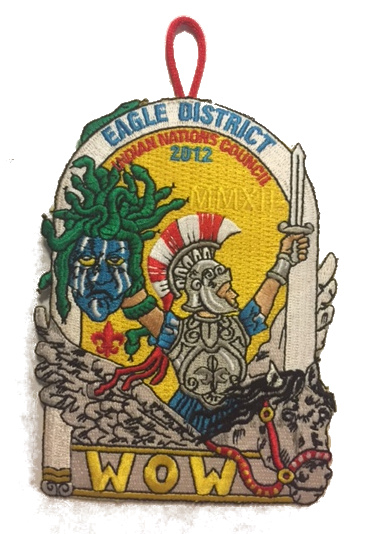 This patch is from the 2012 District WOW. There was a matching patch with a red border for Staff of the event. Pictured on the patch is Perseus, who was played by Eagle Scout Braden Wajda. The Clash of the Titans theme carried over into all activites such as games and patrol spirit. Each patrol in the troop created a special flag for the event themed around a creature from Greek Mythology such as the Eskimo Patrol’s Hydra themed flag seen below. A giant trojan horse was also constructed in the Troop 26 campsite. This event was a smashing success and paved the way for future events such as the Scottish Games in 2014 and the Games of Indian Summer in 2015. If you have any additional stories or information about this patch that you would like us to add to this page, please let us know. 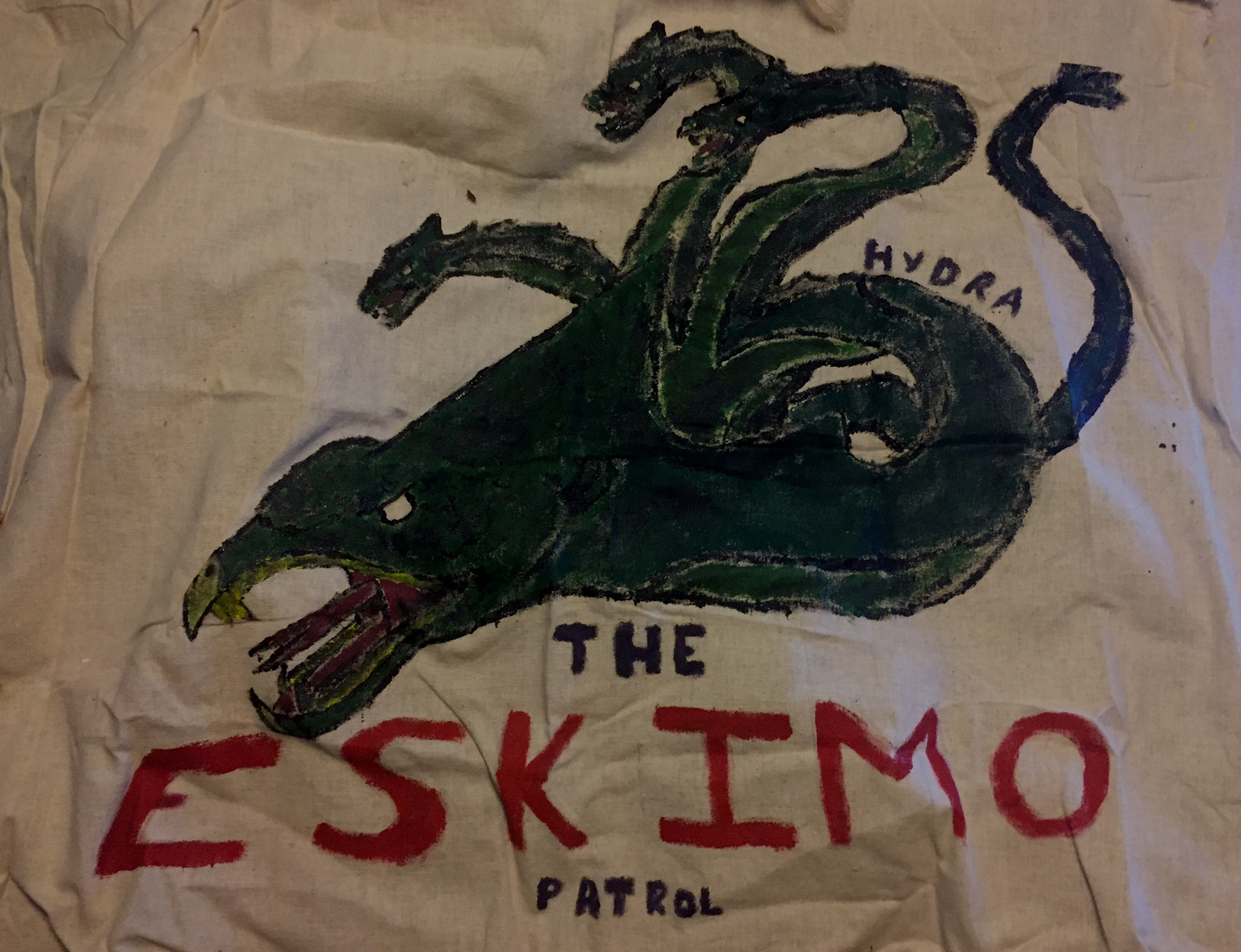