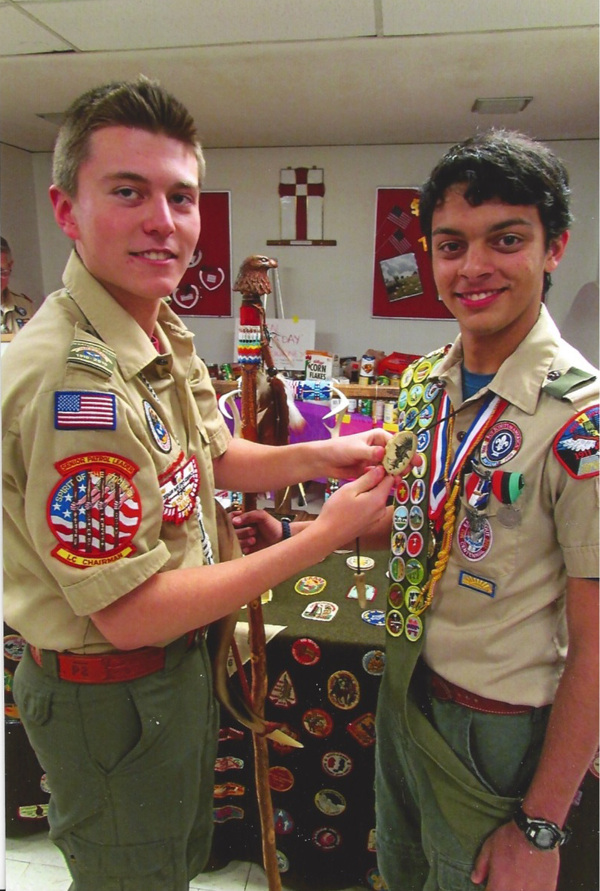 One of the traditional parts of the Senior Patrol Leaders Investiture is the presentation of the Senior Patrol Leader’s Bolo. It was purchased in Alaska and was presented for the first time in 1999 to Hunter Neimi when he was SPL. Thirty outstanding Eagle Scouts have worn this bolo since it was first presented. Each of the thirty served a winter term or a summer term for a six month period of time. The bolo was chewed on by Matt Carney’s dog in 2004 which added personality to the object. It will be presented again in several weeks for the thirty-first time.